Software should be viewed as a defensive sector 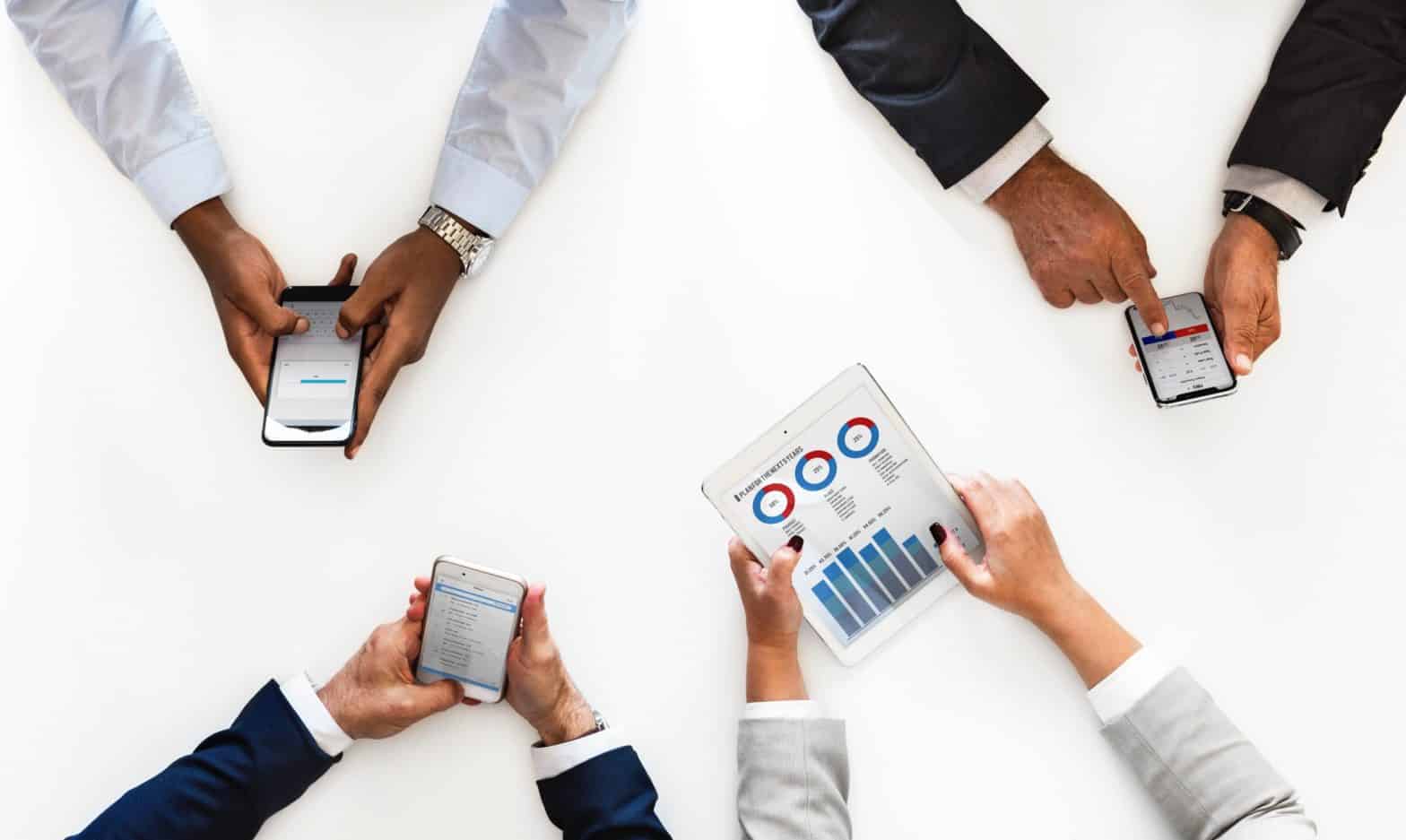 This article was originally featured in Financial Newspaper, Dagbladet Børsen, on December 11, 2018.

Stock experts say that investors are making a mistake when they massively sell off certain tech stocks. Several software companies should be viewed as defensive

When economic growth starts tapering off, it has been the conventional investor wisdom to reduce the cyclical exposure. It still is, but in the future, investors should be careful about judging all tech stocks the same, says Michael Friis Jørgensen, Chief Equity Analyst at Alm. Brand Markets. “Calling technology the new consumer staples sector is probably a bit of an exaggeration, but if the development continues, then I can’t rule out that it might be in five to ten years,” says Michael Friis Jørgensen.

Consumer staples are characterised by being the least impacted by lower growth rates, and according to Michael Friis Jørgensen, it is the software sector in particular – a sub-category of the huge technology sector – that should be considered as the most defensive.

“And in the coming years, the growth in the software sector is expected to be higher, even significantly higher, than for consumer staples. So by taking on a little more exposure towards general economic growth, you will have a significantly higher earnings growth,” says Michael Friis Jørgensen, and he estimates that the software sector will reach growth rates of 8% in 2019 compared to a growth rate of 1-2% for consumer staples.

What makes the software sector appear to move from a cyclical to a more defensive sector in his eyes is a changed business model. Whereas previously the companies would sell a licence for products or services with immediate payment, today they are increasingly selling the same products and services as subscription-based solutions. And according to Alm. Brand, some of the biggest American software companies such as SalesForce and Microsoft already see the majority of their revenue being recurring revenue. In other words, they have secured their earnings some time into the future, and that is something that investors appreciate in turbulent times.

“What just happened with Microsoft? The company raced past Apple and everyone else and is expecting to have 70% of its revenue as recurring revenue in the coming years, while SalesForce is up to 90% in recurring revenue,” says Michael Friis Jørgensen, who thus sees no reason to sell those kinds of stocks if and when the economic growth slows or a recession occurs.

“Software companies are seeing huge fluctuations, especially during times of crisis, but investors are making a mistake when they sell as soon as people start getting nervous about economic growth – but let me emphasize:
Microsoft has taken the crown because some investors are well aware that the stable revenue is incredibly high in this sector, and during the next economic downturn we will see that it has truly become a defensive sector,” says Michael Friis Jørgensen, and reminds us that for the last 40 years there has never been a full year with declining software investments – not even during the major crises.

Danish stocks with the right profile

At ABG Sundal Collier, Head of Markets Tue Østergaard is focusing on the Danish market, and among the large companies, he can only spot one that meets the requirements of the defensive profile.

“The reason that I keep recommending to buy Simcorp is that the company is growing by 10-15% per year,” says Tue Østergaard, and he explains this growth by Simcorp selling software in a niche market with high demand for it.

“If you’ve already let Simcorp through the door, it’s hard to replace the system. Therefore, Simcorp has a natural source of turnover that will grow year by year,” he says. At Simcorp itself, CFO Michael Rosenvold explains that there has been a shift in the industry, from selling license-based solutions to increasingly selling service-based solutions, and this means that future earnings become more transparent.

“That’s the way the world is headed. Today, as a general rule, we will have secured about 60% of the turnover once a year begins, and around half of that is recurring revenues, while the other revenues are not necessarily recurring,” says Michael Rosenvold, though he declines to comment on how large a share of turnover he thinks recurring earnings will be in a few years.

Among the smaller growth companies, First North-listed Agillic gets its earnings from selling cloud-based software service solutions for subscription-based marketing. “Our advantage is that we can begin to see our revenue being built up – not just on a quarterly basis, but several years ahead,” says CEO Jesper Valentin, and he adds that he is not allowed to comment on what proportion of next year’s earnings that are already secured via signed contracts.

“However, I can say that it is a pretty significant share of our earnings in 2019, and we already have a decent amount of earnings for 2020 secured,” says Jesper Valentin, who operates in a market where the average growth rate is nearly 30%.

Defensive sectors are sectors that are typically impacted less by slowing economic growth. Defensive sectors include telecom and utility sectors and consumer staples sectors, the pharmaceutical sector and insurance sector are also seen as being quite resilient to economic slowdowns. There is not yet a general consensus on viewing software companies as being part of a defensive sector.

Here is why software stocks can be viewed as stable investments

“First of all, several software companies have changed their business models so that the earnings are now secured quarters or years into the future due to cloud and subscription-based solutions.

Secondly, the world is about to face a fourth industrial revolution, where software investments will continue in the years ahead, driven by, among other things, AI,” Michael Friis Jørgensen points out.

“In my view, AI is what makes this sector so interesting, but that requires that you believe that the world is headed towards a fourth, heavily software-reliant industrial revolution,” he says, and also points towards a third significant factor – the fact that several large American tech companies, especially the software companies, have very sound finances and no significant debt.

“Interest rates must go up, and therefore investors are looking at the balance sheets of companies – are they in debt? Several of these tech companies have coffers that are overflowing – they’re swimming in money – and there is virtually no debt.”

It is precisely because of the companies’ strong balance sheets that Michael Friis Jørgensen assesses that investors will move towards tech stocks, but he won’t rule out that there might still be falling share prices in the period ahead.

A fourth factor is the ‘moat’. How well protected are these companies against competitors and disruption?

“This is typically what Warren Buffett (American investor and Chairman and CEO of Berkshire Hathaway -editor) looks for, and some of these software companies have high profit margins. This sector has the second-highest profits margins, only surpassed by the pharmaceutical sector,” says Michael Friis Jørgensen.

According to Michael Friis Jørgensen, the only thing that can kill this sector is political regulation.

Michael Friis Jørgensen points to American companies such as SalesForce, Microsoft, Google and Amazon and the Chinese Alibaba as some of the large companies listed on American stock exchanges that meet the criteria for being considered defensive.

There are fewer in Europe, but here he points to shares such as the German SAP, French Dassault Systemes or pure software ETFs (exchange traded funds) that are typically passively-managed funds and which reflect the sector based on an index – but for those, one might be limited by the fact that some of them do not have the right approvals for being traded in Denmark with pension funds. 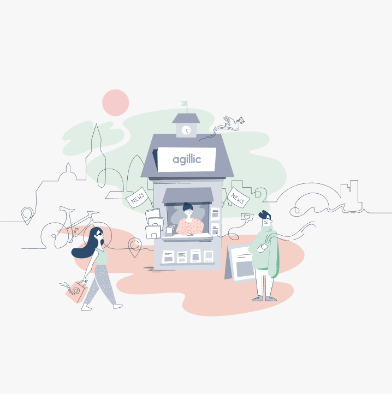 Fill in the form to request a demo