This article was originally featured in Danish in Danish Business Newspaper, Børsen on March 20th, 2017. 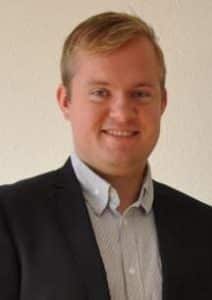 Sportmaster has had a customer club since the beginning of the 2000s, but in the last four years the sports chain has seriously upped the recruitment of customers to the customer club. Now it has rounded the 1 million members mark, so now they need to use the customers’ data in the fight against the large, foreign competitors in particular – without inconveniencing the customers.

“The next step is to focus our efforts on rewarding the loyal customers and shifting focus from quantity to quality. This is to both secure ourselves against the foreign internet giants’ inroads, and to increase the turnover per individual customer,” says Omnichannel Manager at Sportmaster, Stefan Kirkedal.

When Sportmaster uses the customer data that the members in a customer club contribute to send the customers personalised offers, they achieve a conversion rate that is four times higher than normal, and many more people open personal emails from the sporting group if they are personal. The opening rate of emails is 20 percent higher it seems.

Measured by turnover, a customer that shops both in the stores and on the internet is worth 43 % more than a customer who only shops in one of the locations, so Sportmaster wishes to introduce even more screens in the shops, which provide customers access to the online range. In that way, they weave the two universes closer together.

Moreover, Sportmaster is in the process of optimising their website, so that it will be more mobile friendly and get more functionality and speed that corresponds to an app.

Rasmus Houlind is the Strategy Director at Agillic, which delivers the software to both Sportmaster’s and Matas’ customer systems. He speaks warmly of the customer systems that enable the companies to produce more intelligent marketing.

“It is monitoring with a glint in the eye, and in the good way that also works in our favour,” he says.

The purchase that follows you

In relation to that, the customers’ transaction data is the most important information. Because through it, one can see both the purchasing pattern and interests.

“We all know the feeling of having bought a plane ticket or a pair of boots, and that purchase following us everywhere on the internet afterwards. And it feels so stupid. Perhaps one has recently purchased them in the store, but the channels are not communicating. But the example of the running shoes is an example of the exact opposite,” says Rasmus Houlind.

So I won’t have the experience of buying a pair of sweat pants from Sportmaster online, and then being offered them again in the weeks following the purchase?

“It is probably a little early. But at least they have the tool to avoid it. And of course, one of the objectives it to never approach the customers with something that is irrelevant – even though it is probably a sweater that one buys just a few sizes too big, and one needs to grow into it.

“But we have come so far that they have a lot of data of their customers, and they have the communication platform to turn that data into something positive for the customers and themselves.”

Stefan Kirkedal also says that this is not where their greatest efforts lie.

“We have not hit this at 100 percent. Yet. If you have done a lot of online research and end up buying the sweat pants in a physical shop, we are not interested in being Big Brother all around, and we also have a lot of respect for the Danish Act on Processing Personal Data – but with purchases online we can remove the exposure,” he says.